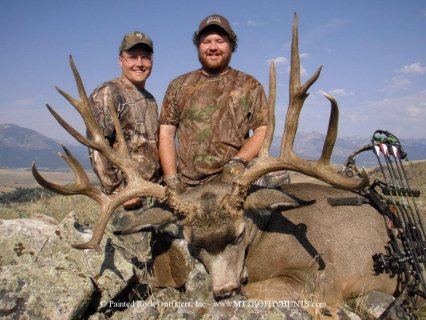 Tips and Tactics: How to Hunt Mule Deer

There’s no consensus on the cause of the declines. A wildlife biologist in Montana once told me that he’s documented 50 years of boom-and- bust population dynamics on a roughly 10-year cycle. Within each decade, you can expect a few lean years followed by a population rebound. The thing is, over the last 40 years, the booms have been shallower, and the busts steeper.

Some biologists think our resurgent elk population is to blame, outcompeting muleys in shared habitat. Others suspect a slow change in forage as the West warms. Still others blame the combination of wildfire suppression and energy development. Human development in the foothills of the mountainous West have undoubtedly fractured critical winter range and contributed to mule deer mortality in deep-snow winters.

Whatever the cause, the overall decline has made an ancient, white-muzzled buck an even scarcer trophy for Western deer hunters.

GEAR UP
A Great (and Cheap) Mule Deer Rifle

I killed one of my best bucks with one of my cheapest rifles, a USD $400 Ruger American, topped with a Weaver scope and shooting a premium bullet, Federal’s Trophy Copper. I chose that rifle specifically because of its repeated precision and its ability to function in cold, snowy, and muddy conditions.

The buck, an ancient loner, had been shot in the jaw and front shoulder weeks earlier, which prevented him from moving much. Even during the rut, he bedded in a huge alfalfa field bordering my property. I couldn’t hunt the field, and I think he knew it. For two days, I set up on a snow-covered hump, covered up with insulating blankets, and waited for him to make a mistake.

Relocate to nature to optimize your health. Invest in America's finest luxury country and mountain homes, farms and ranches @StanColemanRE Fri, 26 February 2016 09:24 AM
﻿