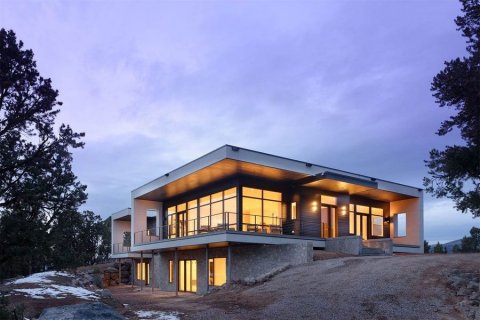 Longtime Department of Game and Fish employee Alexa Sandoval was the unanimous choice of the State Game Commission to be the next Director of Game and Fish. She was hired Thursday, topping a field of 13 applicants resulting from a nationwide, three-month search. After the vote she immediately assumed control of a department that has more than 300 employees and a $38 million-plus annual budget.

“I am honored to be selected as the next director of Game and Fish, ” Sandoval told the Commission. “It’s a privilege and an honor to be able to work with the extremely capable staff we have on board, the Commission, the Governor’s office, the Legislature and all our constituents, ” she added later.

Sandoval, who grew up in Santa Fe, has been with the Department since 1994. She has a bachelor’s degree in wildlife management from Colorado State University and recently earned a master’s degree in business administration from New Mexico Highlands University. She began her career as a game warden but eventually moved to the financial side of the operation. Rising through the ranks, Sandoval worked as a federal grants manager and licensing supervisor to become the Department’s Chief Financial Officer and Chief of the Administrative Services Division.

“We are very happy with the choice of Alexa Sandoval as the new director of Game and Fish, ” said New Mexico Wildlife Federation President John Crenshaw. “Over the years we have found Alexa to be a competent administrator and an advocate for transparent management of the agency funded by sportsmen. We look forward to working together with her and the Department in the coming years for the benefit of all New Mexico hunters and anglers.”

Crenshaw also praised the Commission for the way it handled the new director search. "The process was nationwide, held open for three months and it attracted a superb field of candidates, " Crenshaw said. "As a result, the sportsmen of New Mexico will benefit from having a top-notch leader at the Department of Game and Fish."

A proposal to partially ban the use of drones by hunters was tabled Thursday, but sportsmen made it clear that while they fully support a ban, they did not think the proposed regulation went far enough. As written, the new regulation would classify drones as a type of aircraft. Current regulations prohibit a hunter from using an aircraft to spot game for 48 hours before a hunt, or from using aircraft to harass or herd animals. But Oscar Simpson, representing Backcountry Hunters and Anglers, asked the Commission for an outright ban on drone use. The current proposal could lead to problems and conflicts, Simpson said. For example, under the current proposal a rifle hunter could legally use a drone to scout during an open archery season.

New Mexico Wildlife Federation and the New Mexico Council of Outfitters and Guides also called for a full ban, as did Albuquerque-area hunter Bob Nordstrum. At the request of Commission Chairman Paul Kienzle, commissioners agreed to the table the proposal. Kienzle, an Albuquerque attorney, said he understands the desire for an outright ban on drones but said it would take some research to determine whether such a ban was legally defensible. The Commission could take up the issue again at its June 26 meeting in Ruidoso.

The Commission approved new regulations including mostly minor changes for javelina, as well as for Barbary sheep, oryx and ibex. The regulations reflect public input gathered at meetings with sportsmen around the state in recent weeks, as well as management requirements, Game and Fish staff explained. Changes include raising the number of Barbary sheep licenses from 600 to 675; reducing oryx tags for once-in-a-lifetime, veterans’ and broken-horn hunts in hopes of helping herd numbers rise; and establishing a new female/immature male ibex hunt with 50 tags and a bag limit of one.

Big game rules for turkey, bighorn, antelope and migratory birds are next, followed by deer and elk.

“The Department has made a concerted effort to take hunters’ input and explain its own proposals through the public meetings around the state, as well as online through its website, ” NMWF President John Crenshaw said. “We appreciate the openness to input and the serious consideration the staff and commission are giving to sportsmen’s responses. It’s a very commendable response to sportsmen’s requests for an open, two-way process for rule development.”

As the Commission revises its big game rules, New Mexico Wildlife Federation asked for a major change in the rules governing the Big Game Enhancement Program – better known as “governor’s tags.” New Mexico donates 20 big game licenses to sportsmen’s organizations to raffle or auction every year. The proceeds, which total about $500, 000 a year, go toward habitat and management of big game. But in New Mexico, the winners of those tags can turn around and sell them. According to the Rocky Mountain Elk Foundation, last year’s elk tag raffle winner sold the license for $40, 000. New Mexico is the only western state that permits its governor’s tags to be sold, and New Mexico Wildlife Federation asked the Commission to change its regulations and prohibit the sale of those tags.

RT @KEOutdoors: Enjoy Bow hunting and filming? We are always looking for Pro- Staff for upcoming seasons! Email us your Information at KEOu… Tue, 23 February 2016 12:35 AM
﻿